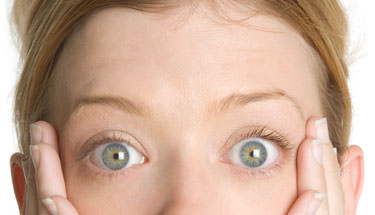 Last weekend, a Lifestyle girlfriend of mine came to visit with one of her vanilla, recently divorced friends. The friend (we’ll call her Tina) was curious about the Lifestyle, just out of a 20-year marriage, and wanted to go out and have some fun. Turns out, there was a big LS party going on that weekend! Although I knew that my girlfriend would enjoy the party, I was a little nervous about Tina attending with us. Apparently, she had been very sheltered throughout her life, but she was ready to try new things, experiment, and have fun. Well, nothing says fun like a LS party, right?

Before we made the final decision to attend, I wanted to talk to Tina to make sure she’d know what to expect (and so she wouldn’t freak out). Even though my husband and I generally don’t play at parties, they are definitely different from “regular” social gatherings. I tried explaining this to Tina. “Many of the women are going to be wearing something pretty skimpy- from bikinis, to lingerie, to tiny dresses. This party has a Go-Go theme, so you’ll see lots of outfits that reflect that. The men will probably not dress up too much, but you might see a few outfits here and there. There will be a dance floor and a bar, and people will be very friendly and flirty, but generally no one will be overly aggressive, and of course no means no. There will be areas where people will go to hook up (they call it playing), but we won’t go there tonight. You might see people kissing or making out or dancing sexily with each other, and you may be propositioned or asked if you’d like to “play.” If you don’t want to, a simple ‘No Thanks’ will do, and if you do…well, go for it! That’s about it!”

“Sounds like fun!” Tina said. “I’m in! I probably won’t want to do anything but watch, but I’m up for the experience.”
Okay…Let’s do it!

On our way to the party, my friend and I talked to Tina a little more and discovered exactly how vanilla she really was. I’m bisexual, and that concept completely blew her mind. “Why would you want to be with another woman?” she asked with horror. “What can they do for you?” I tried to explain it, but she just didn’t get it. Threesomes- another foreign concept. Don’t even get me started on orgies, DPs, and everything else- they were completely foreign to her. “Don’t worry,” I said. “You won’t see anything like that tonight. We’re just going to stay in the main party areas so you get a sense of things.”

The party venue was great. It was at a cool boutique hotel and it was a total takeover, so everyone there was in the Lifestyle in some form or fashion. There was a sizeable, attractive crowd and most people were dressed in theme. The outside and pool area also was being utilized, with a dance floor, dj, seating, and stripper poles. My girlfriend and I were excited and primed for a good time. Tina, however, had a frozen, awkward smile on her face. “Look at these women!” she whispered to me, “they barely are wearing anything!” “I know,” I replied. “I told you that most of the women will be dressed pretty skimpy!” “This isn’t skimpy! They’re almost naked!”

We headed to the dance floor and danced for a while. Tina’s mouth dropped open as she saw two women dancing sexily together, grinding against each other and rubbing each others’ butts and breasts. I smiled, enjoying the show, but then I caught her look. “It’s okay,” I mouthed, giving her a reassuring look. “Nobody will touch you unless you say it is okay.”

After awhile, we were thirsty, so we headed back into the bar area. My girlfriend struck up a conversation with a couple while Tina and I ordered our drinks.

“Does she know them??” Tina asked.
“No, I don’t think so. Why?”
“Well, why is she talking to them? Is she trying to hook up with them?
I was confused. “What do you mean?” I asked.
“She just went up to that couple and started talking to them. Why would she do that if she didn’t know them and doesn’t want to have sex with them?”

I was genuinely bewildered by Tina’s question. I couldn’t have been this naive when I started, right? “People are just friendly to each other in these circles. People will come up and start talking to each other, flirting with each other. It’s okay, it is just all in being fun and friendly.”
“So, that doesn’t mean that they want to have sex with her?”
“Maybe, they do,” I replied. “But maybe they don’t. Having a friendly conversation doesn’t necessarily mean that people want to fuck.”
“Well, why would I talk to a guy in a club or a party if I didn’t want to fuck him?” she asked.

I was amazed by Tina’s line of thinking. So, in her mind, people wouldn’t just talk to each other, be friendly with each other at a club/party unless they wanted something (in this case, sex)? People would just ignore each other otherwise? Is that what happens in the vanilla world? That couldn’t be right. Was I that out of the loop?

I saw a few women who I thought were pretty, or who had fantastic outfits on, and I complimented them in passing. “Do you know them too?” she asked. “No… I just liked their outfits, and wanted to pay them a compliment.” She looked baffled. “There’s nothing wrong with paying a compliment to someone,” I said. “It is just nice to do- and if you like something, why wouldn’t you tell the person?”

Our drinks arrived, and we walked around a little bit. I saw a couple that I knew (I’d played with the female before), and introduced them to Tina, letting them know that she was a newbie, and just visiting and curious. “How new is she?” the husband asked. “BRAND NEW” I replied. “I’m trying to give her a crash course.” “Well, this is a good place for it,” he said. “Did Mynx tell you that she and my wife have had sex?”

Tina turned to me with her mouth agape, then shut it suddenly. I felt myself blushing. “No, I hadn’t mentioned that yet, thanks!” The husband continued. “Oh yeah, Mynx is definitely into the girls. I think I even have some pictures of her on my phone.”
Tina’s mouth dropped open again. She looked at me with a question in her eyes as the husband found some pictures. I shrugged. “Girls are fun, what can I say?”

Tina suddenly gasped. Her eyes got big and her mouth dropped open again. I followed her line of sight and saw the wife now passionately kissing another man. “That man’s wife is kissing another guy!” she stage whispered to me. The husband heard it. “Oh yeah,” he said nonchalantly. “They’ve played before.” “But…but”, Tina sputtered. “He’s wearing a wedding ring!” “His wife is probably around here kissing someone too, or maybe more.” I said. “And everyone is okay with this?” “Yes, of course. They’ve all worked out their own rules ahead of time.”

Suddenly, Tina’s obliviousness started to annoy me. We talked about all of this before we left! But maybe actually seeing it up close was different from hearing about it. Was I really this naive when we first got into the Lifestyle? We met up with my girlfriend and danced for a bit longer. I started talking to another couple, trying to ignore Tina’s incredulous looks. We started dancing, with me grinding on the woman and the man behind me. I wasn’t planning on doing anything, but it was nice to flirt. And so the night went, talking, flirting, some harmless touching, and even a few soft kisses exchanged. My friend did the same, while Tina looked on in amazement. Aside from the people who we introduced her to, she made no move to talk to anyone, smile at anyone, or give any indication that she was interested in even a conversation.

We finally left at about 3am and made plans to meet the next day. I was convinced that I’d scarred the poor girl for life, and felt really badly about bringing her. She wasn’t ready to see all of that, and I hoped nobody felt uncomfortable seeing her confused, shocked looks all night. I was still baffled by her; I felt that she displayed an over-the –top response to it all, though. Would most vanillas feel the same way at a Lifestyle party?

Strangely, the next day, she sent me a text message telling me what a great time she had and how she wanted to go to another party. She also mentioned that she was disappointed that she didn't get any action here in Vegas. I was like, “Huh??” You didn't even talk to anyone, smile at anyone, or flirt with anyone! You could have gotten as much as you wanted if you'd shown any interest! She said, “well, I don’t make the first move.” “You didn’t even act or look receptive to ANY moves!” I exclaimed.

Maybe I should be more sympathetic. I feel like I’ve been out of the “normal” social scene for a while, so maybe that is how things are done. And in reality, she is just getting back into the dating/social scene, and a Lifestyle party may not have been the best introduction. Maybe it was just her. Or maybe we looked like a bunch of freaks to her. Oh well…