In an episode recorded September 22nd, 2017, Dr. Liz Powell, Dylan Thomas, and Mike Joseph get together to talk about getting back on the horse after loss, or anything else that may have taken them out of dating and playing with people for an extended period of time.

Dylan almost didn't release this episode, but after an extended conversation with both Dr. Liz and Mike, they collectively decided to do it, even though talk during the episode offered few answers. They did however offer one final thought:

…also a link to Dr. Liz's dudebros joke is here.

Do you have a sex positive project? Would you be interested in a grant? Visiting the Effing Foundation at effing.org/grants! 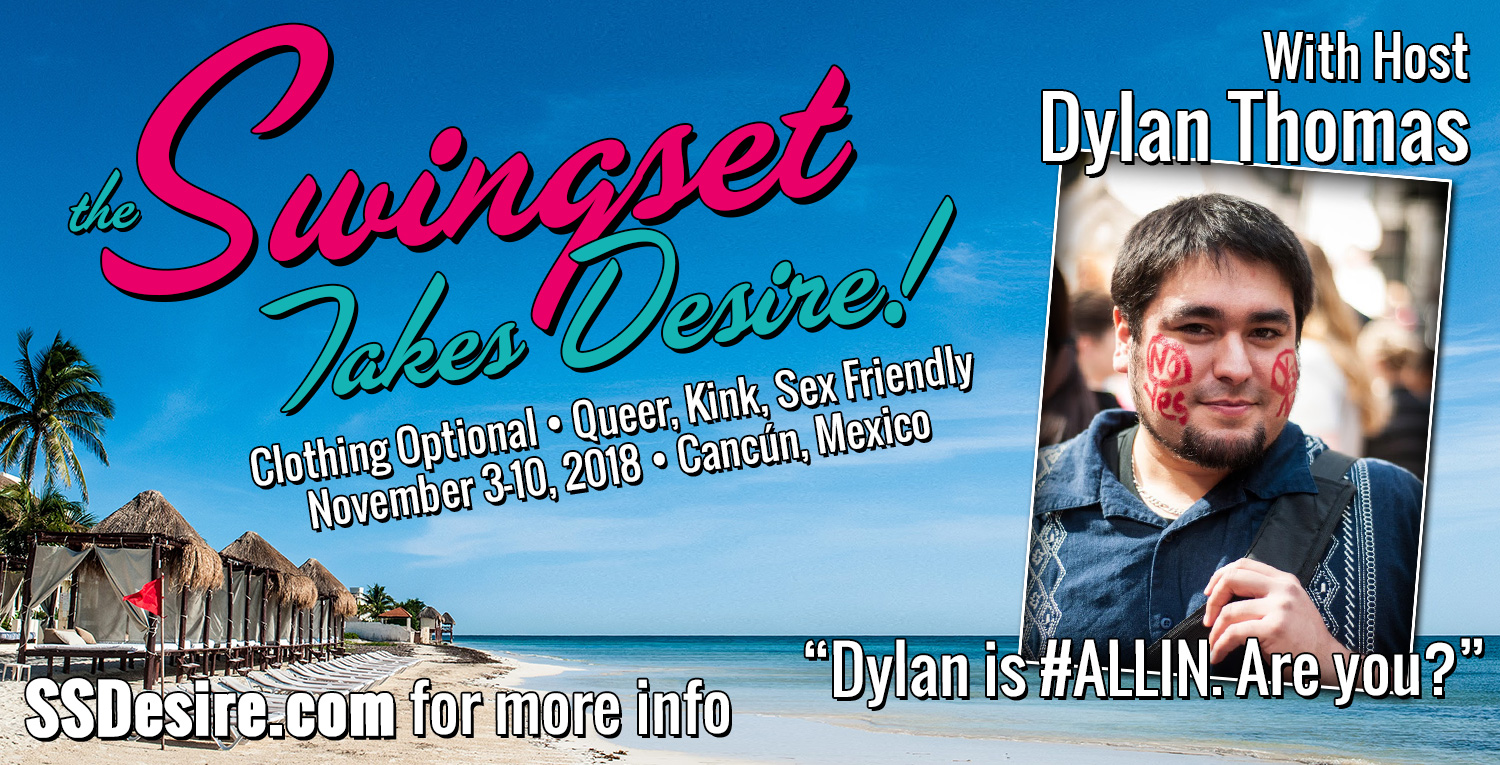 Dylan's #AllIn for Desire… are you? Join us from November 3rd through the 10th this 2018 for Life on the Swingset's seventh trip to Desire! Visit www.swingsetdesire.com for more information!

Help support Life on the Swingset continue to make podcasts, and put on live panels and shows into the future! Throw us a dollar (or a few) each time we release an episode on Patreon! Your support will also get you invited to a private chat system with other Swingsetters, and give you the opportunity to join live podcast recordings.

You can support us while you buy great sex toys and products from our favorite online retailer SheVibe at lifeontheswingset.com/shevibe.

The best FREE thing you can do to support us is leave us a five-star review. Come to our review gateway, then copy and paste your review into iTunes or Stitcher! Also, follow us on Spotify!

You can now order Cooper's novel Approaching The Swingularity, his previous novel A Life Less Monogamous, or his memoir My Life on the Swingset: Adventures in Swinging & Polyamory as an ebook, paperback, or audiobook. Use promo code SWINGSET at coopersbeckett.com to save 10%.

Dylan Thomas is available for for podcast consultation and production work. If you're interested, visit www.dylanthethomas.com.

Our 2017 THEME comes courtesy of Vlad Lucan and his track: Reverse!

Our Desire 2018 Advertisement includes music by ローマンRoman titled: Bikini, off the Paradise album.

These tracks are licensed under the Creative Commons Attribution 3.0 Unported (CC BY 3.0) license.

These tracks are licensed under the Creative Commons Attribution 3.0 Unported (CC BY 3.0) license.