Poly in the Cornfields 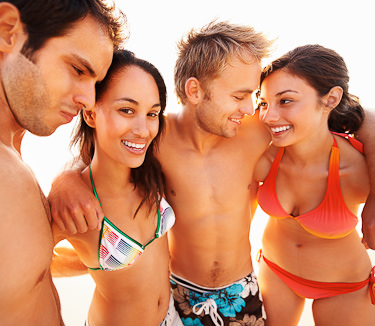 I know that both out here in the cornfields, and in society at large, not everyone is going to “get” polyamory. Yes, some people get it, but some can’t wrap their heads around it, and others disagree with it further. They may think it’s an aberration, an excuse to have all of the sex could possibly want, or any other number of perversities. Usually I can kind of ignore that, educate, or if it’s really bad, just walk away. Sometimes though, it comes from someone who you can’t just ignore; sometimes, it’s from a friend.

I shared a post that someone brought to my attention on a popular social media site in my own feed, a video from Big Think that featured Dan Savage. I think he’s a wonderful, if not sometimes abrasive, sex and relationship educator. However, my friend disagreed. Vehemently. I was asked to stop “posting this crap” and told that what I was saying was “very offensive” to my “MARRIED friends” (emphasis his.)

It’s been a few weeks since he posted that and it still hurts. It hurts to be told to go back into the closet, to stop talking about my views on relationships, and that by being different, that I am somehow wrong. It hurt when he claimed that he was “sure that most people who claim to be polyamorous are just looking for an excuse to sleep around and not think with their mind and heart or make any sort of real commitment,” because to hear something so blatantly untrue, and said with such a holier-than-thou attitude, that I am made to feel inferior.

I responded a few hours later, after reading a few responses from a couple of my monogamous friends telling him that he was out of line, and expressed that, more than anything, I was hurt. That I felt shunned and ostracized. I invited him, that if he was truly that upset, to remove me from his account on the site, something he decided to do.

I knew that when I decided to be open about my lifestyle, that I would lose friends, that I would upset other people simply by existing. I just couldn’t take living in a closet anymore. It felt too much like a lie. And for every “friend” like the person I’ve mentioned here, I have several who are incredibly supportive of me and my lifestyle choices, regardless of their own. That doesn’t make losing the ones that I do hurt any less though.

Out here in the cornfields, and in the rest of the world, you can’t please everyone. Some people are bound to disagree with you, regardless of what you do. And it’s going to leave you feeling hurt, confused, and maybe a little lost. Still, walking through the cornfield, I don’t regret my choice to forge my own path. I want to make it visible, so others can see that this is okay. In order to do that, I can’t be silent, and sometimes that ends up with other people feeling insulted, offended, or hurt. I have refused, both to him and in life, to go back into hiding about this. I will stand here, proudly in the cornfields, as a beacon to others like me.