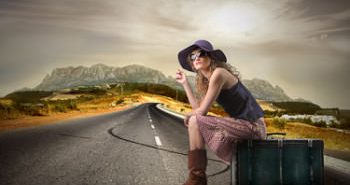 As I write this, I continue on a journey towards defining towards who I am…