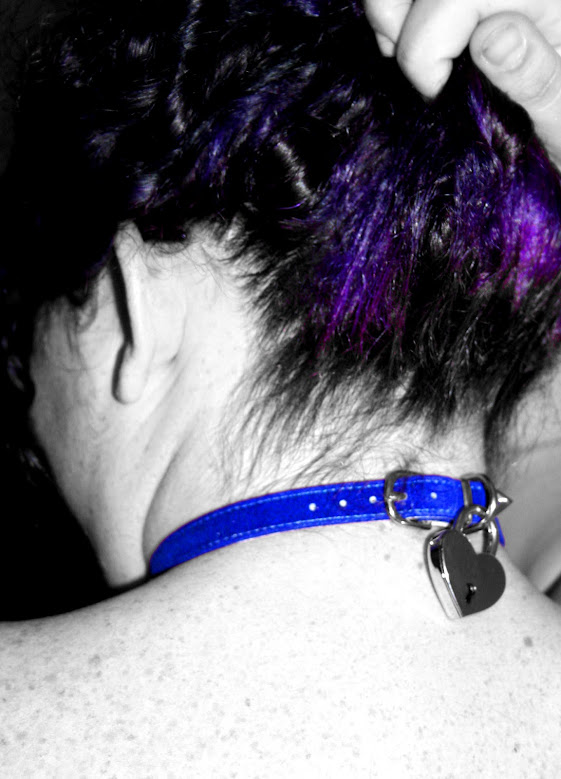 Once upon a time, in my introductory post, I mentioned that all of the members of my constellation – which, for those keeping track, is currently standing at 9 people – are in d/s (dominant/submissive) relationships with our respective partners. For the most part, the structure has been pretty straightforward – the males of the group are dominant, the females submissive. I am the monkey-wrench thrown in the works: the lone switch. For the vanillas in the audience, a switch is a person who does not take on one consistent role in BDSM dynamics. Kink educator Midori has called switches “box-jumpers,” because we not only have the capacity to fit in any number of categories or “boxes,” but some of us have been known to have shifting appetites within the span of a single play session. We're an exciting and confusing bunch. I like to think of myself as Chaotic Neutral.

My boyfriend, a dominant, is not dominant to me. I have very little in the way of submissive appetites – in our relationship, I don't take submission further than fighting to lose. We'll wrestle, I get defiant, he wins. “Oh help, I have been defeated, I am so helpless. Oh no.” You get the idea. I am a masochist, so I won't say no to getting beat on, but he is not the boss of me. There is no expectation of rules or protocol in our relationship, and I like it that way. He hasn't expressed any discomfort there either, so I think he and I are in a good place.

My girlfriend is a submissive. While I'm an avid and cheerful sadist, I've never been dominant to a partner before. I have topped her, and we've both gotten a lot of satisfaction from our scenes, but more recently she has also expressed interest in developing a dominant/submissive structure in our relationship. This is totally uncharted territory for me, though admittedly exciting as both a challenge and a way to broaden our connection with each other. I've always been protective of my partners, especially with women, so I feel like I could get comfortable in a dominant role with her. So the three of us are now raising the age-old kink-poly question: How does it work when one submissive has two dominants? Where would I fall in the dominant/submissive hierarchy? I am imagining myself as a kind of second-in-command to my boyfriend, supporting disciplinary structure, aiding in the application of authority, but not being the one who is in direct control.

Our evolving dynamic will put me in a position where I am dominant to my girlfriend without the possibility of subverting or contradicting her dominant's control. This also allows me to remain his peer, and have a hand in creating structure in her life without the heavy responsibility of being her “primary” dominant. I know, I said the p-word, and it's a dirty, dirty word. But in this case, it applies. I've never been anyone's dominant, and it's a big responsibility to take on. Being in a “secondary” (blech! The words taste bad in my mouth!) position lets me be an authority figure, which she craves, and also have the backup of the “primary” dominant so I can't fuck it up utterly.

In scenarios where one submissive partner has more than one dominant, but they are not in a triangular relationship, working out a structure can be a lot harder. My husband has always been dominant to his girlfriend, and when she started a relationship with her boyfriend, who is also dominant, the two men spent many an hour working their way toward a comfortable place. She already wore a collar given to her by my husband, and so what were his options in that respect? Could one of them give her instructions that would apply when she was in the other's home? There were dozens of that sort of question to answer. With both of them in positions of authority, they had to work to avoid stepping on each other's toes. One person's rules and instructions could not subvert the other's. They were not interested in a hierarchical structure, where one was in a more or less dominant position – my idea for my triad would absolutely not have worked for them. But after many lunches together, some fights, much forgiveness, and more than a little confusion, they've managed to structure their authority in her life.